Should You Go to Good Vibes Festival 2020? An Honest Review

Future Asia has announced the dates of Good Vibes Festival 2020: 14 - 16 August 2020 and i think it's relevant enough for me to give my honest take on the festival.

If you've never heard of it (understandable if you're not Malaysian), Good Vibes Fest is the equivalent to Malaysia's Coachella. Now annually organised at The Ranch, Genting Highlands, the music festival attracts the same crowd that would attend Coachella if this were the United States. People dress all fashionable (most commonly: hippie or bohemian) and they go with their squads. The festival go-ers would feel the need to dress to impress so they look for fashion inspirations and they shop prior to the festival.

The first few years of its inception, i was never attracted to attend mainly because the artists that they brought weren't really the type of artists that i would pay to watch. However, 2019 was the year that i finally attended because i wanted to watch Daniel Caesar, Cigarettes After Sex and Midnight Fusic. Also, i would like to experience what it is like attending a music festival, immersing myself in music and watching music be made right before my eyes.

If you're planning to attend #GVF2020, there are a few things that you should be mindful of. Most importantly: your financials / expenses / moolah. Here's my story. The night before GVF, i went to the Hujan x Masdo gig at The Bee, Publika and i only had 12 hours to rest and get ready for GVF. Good Lord, i was so worn out, i was nowhere near excited for the festival. Nonetheless, I got ready anyway albeit the exhaustion- all thanks to the fact that i, too, spent some money on my outfit and also over RM400 for the two-day ticket.

Since they have announced the dates of GVF2020, i highly suggest you to book your accommodations now. Book the ones that has free cancellation. Due to financial limitations and insane hotel price hike, we chose not to stay at a hotel and drove back to Kuala Lumpur after day 1. It's only an hour drive back but since we were 'walking deads', the drive felt like a three-hour drive.

You should also allocate a decent amount of money to feed your tummy. To no surprise, the organisers are very strict about bringing food and drinks into the area. Within the festival compound, there are plenty of food vendors but with the small portion, they're definitely not cheap and you'll definitely want more. For comparison sake, the price of mineral water or a cup of Sjora is RM10. No nasi-nasi okay, all orang putih punya makanan. If you want better food, you can head to the mall but that will be a long ass walk. If you rajin, go la. By the time you get back to the festival, all the food you ate gone d.

90% of the people there really does dress to impress and this leads to them feeling very confident about themselves, hence the good vibes. If you dress casually, no one would like down on you- no doubt on that. But you have a high chance of feeling shit about yourself. Trust me.

GVF is also 'eminent' for being muddy. Last year, it didn't rain during the event but mysteriously, some parts of the ground was muddy. It is highly suggested for you to wear rain-boots or just bring a shoe cover that covers up to your shins. Just in case.

Music wise, i hated it. I hated every bit of it. I know i'm not comparing apple to apple but my dream music festival is Java Jazz Fest and this is not even close to Java Jazz Fest. GVF doesn't really emphasize on musical instruments but more on vocals. The stage that they provide is huge and can comfortably accommodate 15 musicians but there are only 2-4 musicians at any given point. My disappointment affected my mood and i couldn't wait for the event to be over. Then it came down to Daniel Caesar's performance, the most anticipating performance for me. That, too, i hated. Zero effort on his performance. Number one: The musicians were almost non-existent, might as well use a minus-one through out the whole show. Number two: He only sang half the time, kept throwing his mic to the crowd at other times. Like what kind of shit show is this, i paid to watch you sing and you're asking the audience to sing? Is this the kind of interaction that you're aiming for? Number three: the crowd was fucking annoying, sang along to every single line, verse, song. I was irritated to the bones. I couldn't even focus on his performance because this bitch next time to me was yelling the words all the time. I know you love his music, so do i. But since he came all the way here, let's just let him do what he's good at, you know? If you wanna sing too, i know a place. It's called kara-fucking-oke.

Last but not least and this is skewed to my personal preference: i don't like physical contact with strangers and i hate it when people intrude my personal space. I don't like rubbing shoulders with people. I really value my interpersonal distance hence i rarely go to the standing kind of gigs. Most of the time at GVF, i had to look for a place where it wasn't so crowded, be it near a barricade at the far end of the crowd. But that's just me.

I guess that's all for now. If you're going to Good Vibes Festival 2020, have an amazing time with your friends! If you're going alone, that's okay too because there are a lot of nice people there- make friends! Stay safe and don't do drugs. 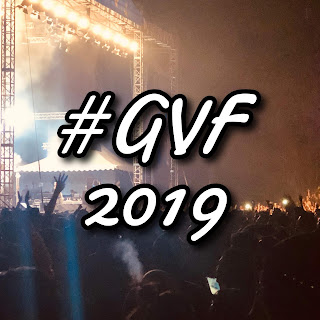