I wasn't even ready to get a knee problem, i swear. The worst that i thought could happen was probably me getting worn-out and a deep sleep as soon as i get on bed. But yall, today (three days later), i'm having knee problem. 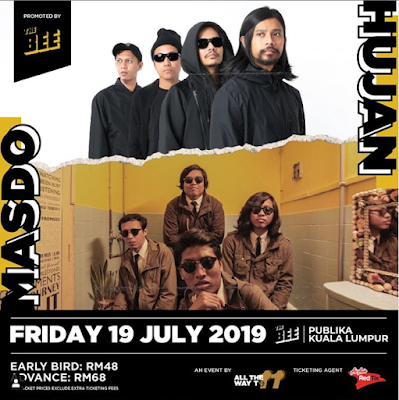 After buying the ticket, it struck me. Good God, I have Good Vibes Festival the following two days.  I bought my Good Vibes Festival ticket months ago and without realizing it, i've just arranged a 3-day concert for myself. Which is a double-edged sword; i would either have so much fun or die of exhaustion.

Friday, 19 July 2019. Door opens at 7pm and since it's all the way in Publika (factoring in the parking hassle and the Friday rush hour), we left early and reached Publika at around 6pm. We walked into the venue at around 7.20pm-- that was a mistake. The waiting game was dreadful and there was nowhere to sit. The place was starting to get crowded-- we couldn't even feel the air-conditioning. We got cranky even before the show started. 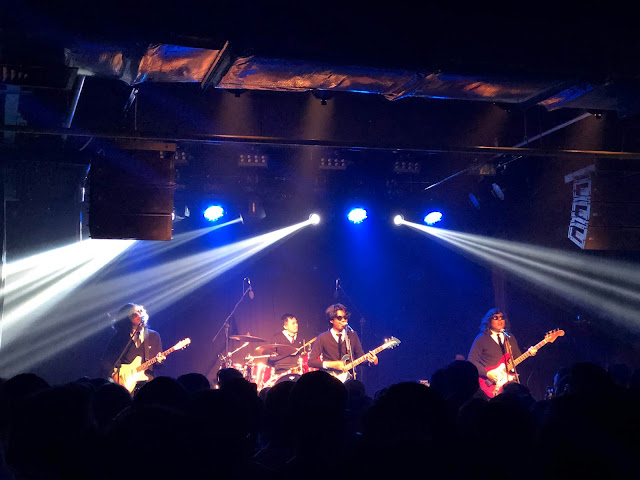 I have not much to say about this particular gig because i wasn't feeling it. However, after going to 3 or 4 Hujan's and Masdo's concerts, i do have something that i would like to highlight.

I'm not a Hujan's nor Masdo's biggest fan. I listen to their songs occasionally but i don't memorize their songs. The reason why i always try to go to their concerts whenever i have the chance is because the whole experience is addictive. The energy from the bands, energy from the crowd and most importantly, how polite these bands are. Maybe it's a common practice at gigs in Malaysia that i'm not used to, but i'm always in awe that prior to performing a song that would lead to mosh, the bands would make an announcement telling the ladies to step aside from the crowd because they don't want the ladies to get hurt. And they always announce in the politest way!

You can also see the genuineness of the bands every time they thank the audience for turning up. You can see it in their faces that they're truly grateful and overwhelmed every time they get a full house. And every time they perform you can actually tell that they're putting 110% effort in their performance because they have paying audience and they want them to get the experience that they deserve. It's not merely "Kuala Lumpur, i love you!".