The Month of Reflection 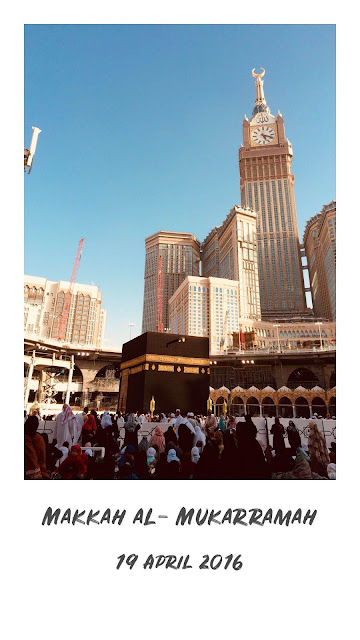 Ramadhan truly is the month to reflect, isn't it?

The past few years, i have had some rocky friendships with a few people whom i once called my best friends. Along the way, more and more signs showed that we no longer have that chemistry and we're not on the same page. The friendships did not even benefit us on both ends. From what felt like best friends turned to close friends, and then to acquaintances and i finally decided that it is best that we part ways. The friendships just faded and to make it easier for me, i tried not to think so much about it. An advice from me to myself; this is all a part of my growing up process and you don't get to keep everyone in your life.

It hasn't even been ten days yet but i have already seen firsthand the signs of the holiness of Ramadhan. Allah worked his wonders and somehow someway, i crossed paths with three of them. For Ramadhan, i try my best to commute as often as i could from Seremban-KL because i want to buka puasa and sahur with my family. So one morning, i took a 6.47am train from Seremban to KL and she was right there on the train. I even walked pass her, but she didn't see me. That was my first time seeing her after almost year. A year with no news, no sight of her, nothing at all, and there she was on the same train as i was. A few days later, we were on the same train again. And i walked pass her again. And she didn't see me again. But oh well, she looked alright. Good to know that she's doing well.

There's also another girl whom i haven't seen for almost a year too. She was once one of the closest to me. I used to see her almost everyday back when we were close. But as we grew older, there were some gestures that she did that are quite hard for me to accept and i felt like it's best for me to back off. Friendship is a two-way street. I can't keep giving when she keeps isolating herself and keeping me out of the loop. So a year of not seeing her face-to-face. I didn't even try to text or give her a call. Two days ago, as i was having my buka puasa with my father in KL, i heard a "Hi, Rina," and there she was. Standing right next to me. We had a brief on-the-surface conversation and she walked away.

Another incident with another girl: we had a fallout quite some time ago and the last conversation i had with her, it didn't end well. I was filled with so much anger and from what i initially planned as just sending the message across, i went overboard. I raised my voice. Which is what i shouldn't have done. It is totally understandable and expected if we're no longer friends after that. However, on the second day of Ramadhan i think, she rang me and invited me for a buka puasa with her. That took me by surprise.

So never once doubt the power of Ramadhan. Seeing all these people within a short period of time made me really mellow and got me reminiscing about all the fun that we've had in the past. I used to have so much fun with these people. We shared a lot of personal stories that only the people who are really close to me would know. Things have definitely changed over the years and what adulthood has taught me is you have to learn to let go. You have to tell yourself "That's enough" and those memories that you've crafted together are just lessons and experience to make you a better person in life.