Getting to Amsterdam from Paris and where i stayed

Leaving Paris was hard. I love that city. Paris is by far my favourite city and God knows, five days were not enough. If only we could stay there longer. If only.

To get to Amsterdam from Paris, we decided to take a midnight bus as well. As we had to check out of our Airbnb by 2pm and our bus to Amsterdam was at night, Emma found a place called Hôtel Jules César where we could store our luggage for a few hours. We were charged 5€ for each bag we stored. (Tip : There's this thing called Bagbnb. It's basically Airbnb, but for bags.)

Around 9.30pm, we collected our luggage. I can’t remember where our departure point was, but it was quite near to Gare De Lyon. So we waited at Gare De Lyon Station for a couple more hours before we took a cab to the departure point. I refused to take the cab at first but mind you, my luggage was sooooooo heavy, i couldn't drag it across the street any longer. That bag alone was around 28kg. Lol.

Alhamdulillah, our bus ride to Amsterdam was significantly better than our London – Paris bus ride. I had a good undisturbed sleep. I was also quite surprised that we weren’t woken up when crossing the France – Netherlands border for immigration check. The only thing I knew, when I woke up from my oh-so-deep sleep, I was already in the Netherlands. The land where there’s no word that I didn’t struggle to pronounce. 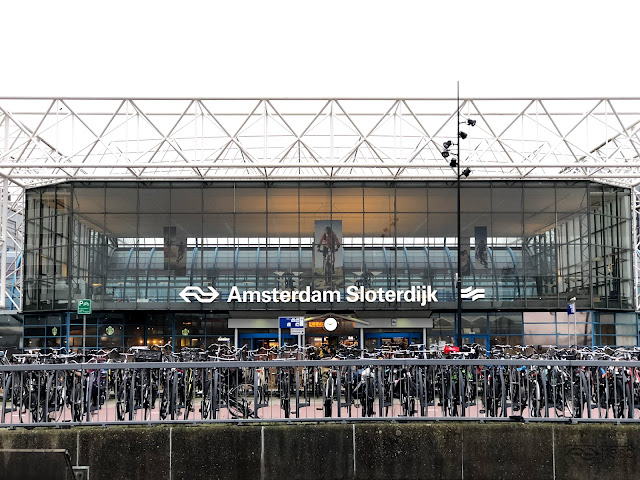 Our arrival point was Amsterdam Sloterdijk Station and when we arrived, it was batshit cold. It was freezing! And since we arrived at 7am, it was still too early and the town was still sleeping. So we decided to chill at Starbucks till 9am. Then we took an Uber to our Airbnb.
We rented the whole apartment all to ourselves and ugh, dude, the apartment was lovely! 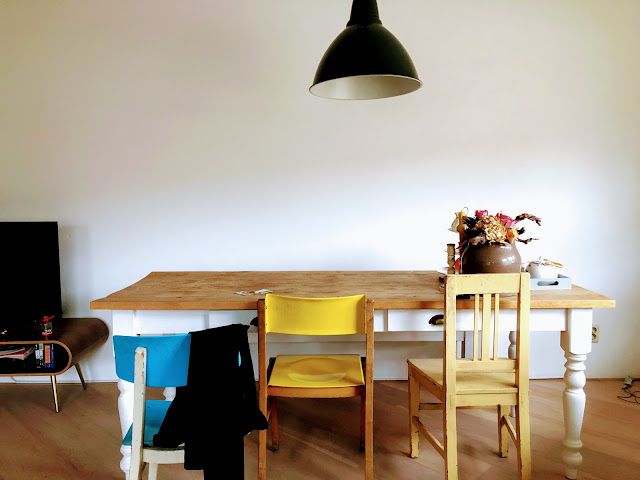 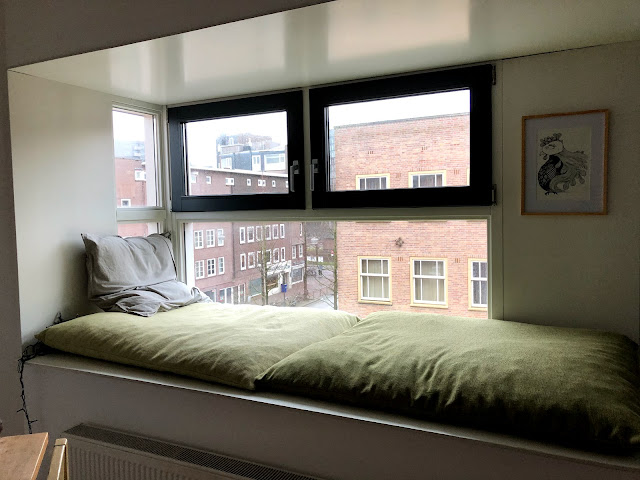 When I walked in, I saw a bed by the window and y’all know how much I love beds by the window! The window had no blinds nor curtains, but what do I care? I fell in love with that spot! 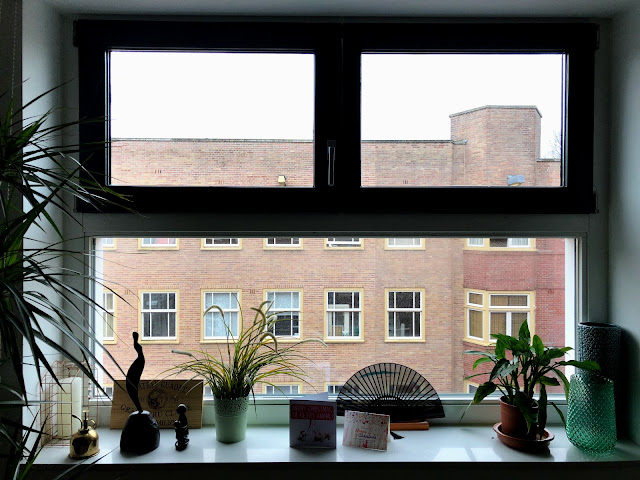 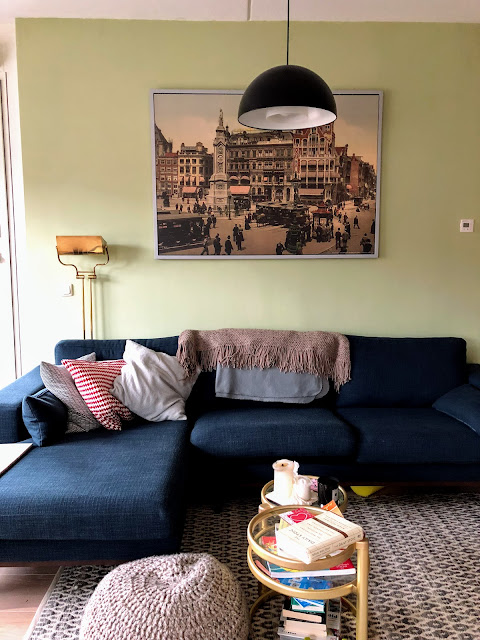 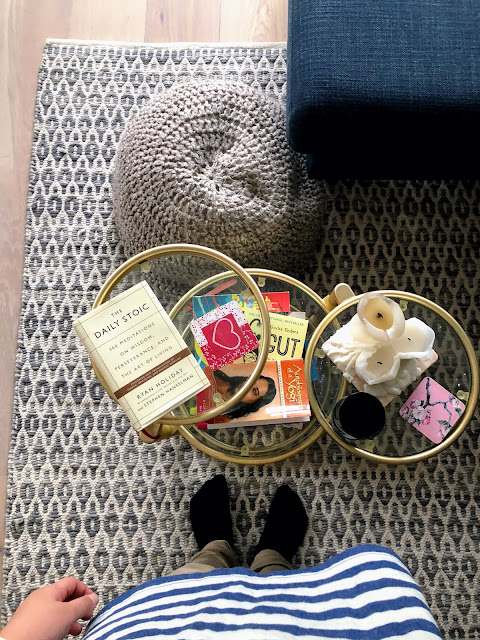 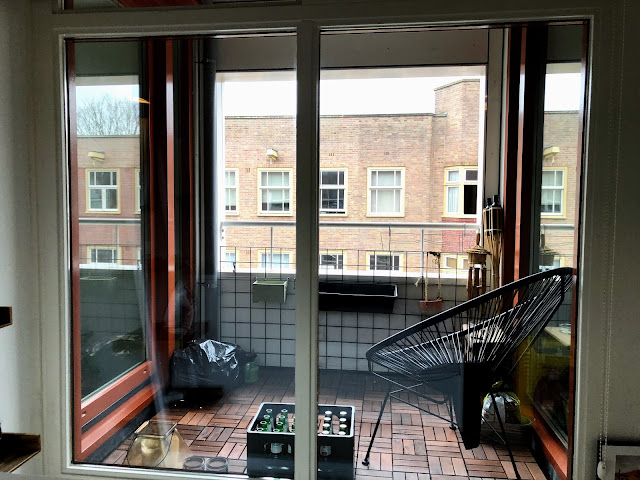 This last photo right here is the 'balcony'. And notice the pelita buluh on the right? ;)
This entire apartment costs around RM470 per night and we stayed here for 4 nights.

Okay la, it's quite costly since it's just the two of us, but hey, we got the whole place and truth be told, we stayed in most of the time. And Lidl is very nearby to the apartment. So i just went there to get some super fresh produce, went back home, cooked and just chilled while watching Netflix. The apartment is that cosy. Click here if you wanna stay here too!