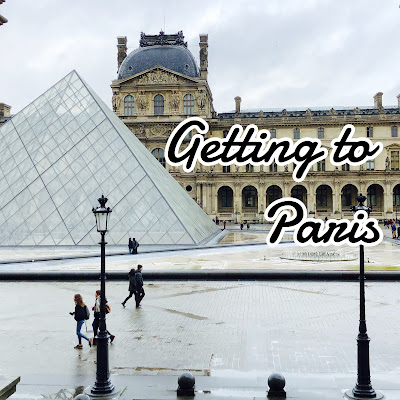 Emma picked me up at the airport and we took the train back to Brighton. By the time I reached her house, It was already around 1pm. As we had to leave for London at 6.30pm, we didn't have that much time to spare so we just chilled at her place and i started repacking my clothes.

We took the Gatwick Express to London Victoria Station and the journey didn't take long-- not even an hour, i think?

For the bus to Paris, we took the midnight ride because i wanted to save up on my lodging. I personally don't mind spending the night on the bus since i've done that before for the Colplay trip to Singapore and it was fine by me.
As we were on a budget, instead of taking the train, we took a bus to Paris instead. The cheapest alternative-- but probably the worst option. Like, bruv, no wonder it was cheap. We took the midnight bus and the journey was scheduled to take 8-9 hours-- lies. It took around 10 hours. I got a good 3-4 hours of undisturbed sleep before they woke us up. We had to get off the bus to go through the immigration. The immigration didn't take long. Then we went on the bus again. A few moments later, we had to get off again and we waited in a designated room for about 15 minutes. Why exactly-- i don't know. Probably the authority went through and searched the bus. Then we got on the bus again.

About an hour later, the bus got on a ferry (yes, a ferry!) and we had to get off the bus (again!). I'll have you know that that was my first time on a ferry and that was an interesting experience! Along with our bus were, i don't know, 10 other buses? We got to spend two hours on the ferry. For you firsttimers like me, be wary of where your bus is parked. You might get on the wrong bus later.

Being my first time on a ferry, i was quite amused to see the facilities on the ferry. There was an impressively huge food court, a small arcade, a bar, an enormous lounge and a really cool arcade. So Emma and I hung out on the deck for awhile till we felt like it was freezing cold, then we headed to the food court for a cup of coffee.

Approaching the coast of Paris, there was an annoucement instructing everyone to head back to the buses. There was a slight chaos there because we forgot where our bus was parked. Lol.

The bus disembarked from the ferry. "Fuhh i'm reaching Paris soon!" Fuck, was i wrong. It took us a couple more hours till we reached Paris. The moment i got off the bus, I went "That was a fucking long ride, Emma!" "Oh screw your choices, Rina. So much of getting the cheapest ride, we freaking wasted so much time on this stupid bus. Penat, bodoh."

My personal opinion: If you have some extra ka-ching, take Eurostar or get there by plane. If you're on a budget, the bus is by far the cheapest option. Try Eurolines, Ouibus or Flixbus.

For more photos of my trip : 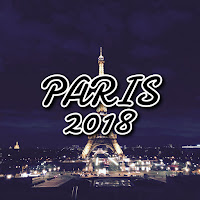 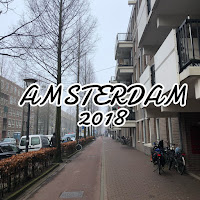