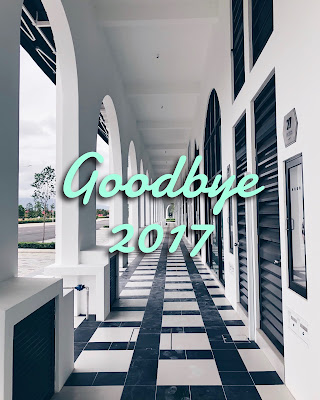 2017 was definitely the most meaningful year thus far. Hands down.

Stepping into 2017, I was doubtful on whether it would be a good year. I was all “I don’t know, man. This could be our year—or not.” but Emma being the optimistic one that she is, “No, Rina, you gotta have faith. I have a good feeling about this year.”

And she was right. 2017 was a blast! I didn’t hold myself back and I pursued whatever I wanted to do. There were both good, appraisable things; but there were also many things that I am not proud of too. But no regrets. The mistakes that I made made me significantly wiser. I lived my 2017 to the fullest, and Goddamn it, I’m so happy. I feel accomplished, fulfilled and victorious.


All in all, 2017 was loaded with intrinsic satisfaction that I myself do not know how to put in words. ‘Happy’ is definitely an understatement. Though 2017 was not all sugar, spice and everything nice; the journey was fantastic!

The best lesson that I learned in 2017: DO WHAT IS BEST FOR YOU, NOT FOR YOUR SURROUNDINGS

Simply put, I used to hold myself back. Because I was trying to adapt to the people around me, I held myself back so we could walk together hand in hand. I crawled with them though I knew I could run. I walked though i knew i could fly. I was a goody two shoes though I knew I am not naïve.

I am done with that. I am done being tied down. I wanted to fly.

Dear you, listen to me. You will know that you’re surrounded with the right people when they push you to be a wiser person, help you unleash your potentials and trust you to take that huge leap of faith. When you find someone who believes in your potentials, keep them.

In 2017, I made the most painful yet the wisest decision I have made throughout the year. I let them go.

From then on, I have been gradually trying to remove my façade. Best decision yet.
Labels: a day in the life