I was one of those who waited in front of my laptop hours prior to the opening of the ticketing sale of Coldplay Singapore. The sale opened at 10am and I had class at that time. I picked Coldplay over my class. Skipped class but sadly, I still didn't get my ticket. If you didn't try to buy the tickets online like me, let me tell you how the process went.

Basically you have to wait on the page that has the button 'BUY TICKETS'. If the sale isn't opened yet, you'll be notified that the tickets are not available yet. If you're lucky, you'll be directed to the page that has the seating plan. If you're unlucky (like me), you'll be redirected to the 'virtual room' 'Virtual room' is basically a virtual waiting room where they put thousands of people in that room before allowing them to access the seating plan page.

That's what happened to me a few months back. The moment I saw that I'm in the virtual room, I started weeping. The best band in the world is coming to town and you know for a fact that you're not going. I knew that by hook or by crook, I had to do something about it. But the few months that followed, I kept my cool. Because I know that if I want something, I will get it eventually. I believe in the law of attraction and it's just a matter of time.

I had a pact with my Coldplay buddy, that if Coldplay ever comes to the region, we will go together. Firdaus managed to buy a ticket from a friend so he's going. Three or four days till the concert, Daus texted me, asking me if I have gotten the ticket or not. That's when I went superspeed on my ticket hunt. I started searching on Twitter if anyone wanted to sell their ticket. There were soo many people selling their tickets but most of them either doubled the price or have very suspicious Twitter account.

Till I found this one Indonesian girl selling a ticket. Stalked her, stalked her likes. Okay she seems legit. Tweeted her and her priced was quite reasonable. Nego after nego, I got a SGD132 ticket for SGD165. SOLD. After I made the payment, she emailed me the e-ticket.
I didn't even ask for my folks' permission. Well, I kinda did, but the way I asked them was more of telling than asking. Tried to search for return flights to Singapore, and they were super expensive! Return ticket to Singapore for more than RM600?! No, thanks. So I decided to take the bus. As my first time taking bus for long travel, I was quite surprise on how cheap the tickets were! RM60+ for one trip! SOLD. This calls for another trip to Merlion City! 😁😁

The concert was on Saturday and I still had to work on Friday. So I departed from KL Sentral at 11.50pm and I arrived at The Plaza, Singapore at 5.15am. Because I took the night ride, it didn't even feel like the trip took that long. I remember that I dozed off right after we passed Senawang toll and the next think I knew, our bus driver woke us up because we've reached Woodlands.
As I crossed the border, I wanted to inform my family that I have safely arrived. But my phone went 'no service'. Waited for 5 minutes, no service. Waited for another 5 minutes, no service. I started freaking out because the day before, I had called Maxis to turn on my roaming. So what the fuck is going on?! Went to my Settings > Mobile Data >Mobile Data Options.... ha bodoh. I didn't even turn on my data roaming. Hahaha.


Throughout my whole journey, Google Maps was my life. Google Maps is my
life. I went to the nearest hotel, used the toilet and got ready for my journey. By the time I was done, it was already dusk. Just at the nick of time to go to one of the best breakfast places in town (so they say).
So I went and had breakfast at this kopitiam called Tong Ah Eating House in Chinatown. If you google 'Best Breakfast Place in Singapore', this kopitiam would be in the top 10 on every single list. I love, love, love Chinatown. As I was strolling down the street, I could see some aunties crossing the streets with the trolley full of vegetables, the uncles pushing their wheelbarrows full of their goods, athletic junkies jogging around Chinatown... Ahh bliss. 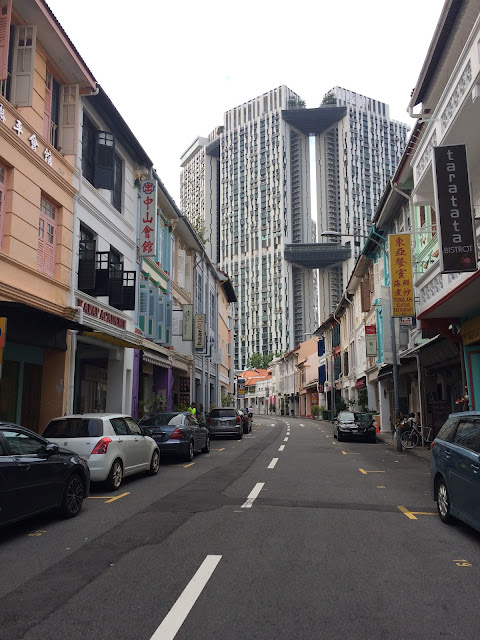 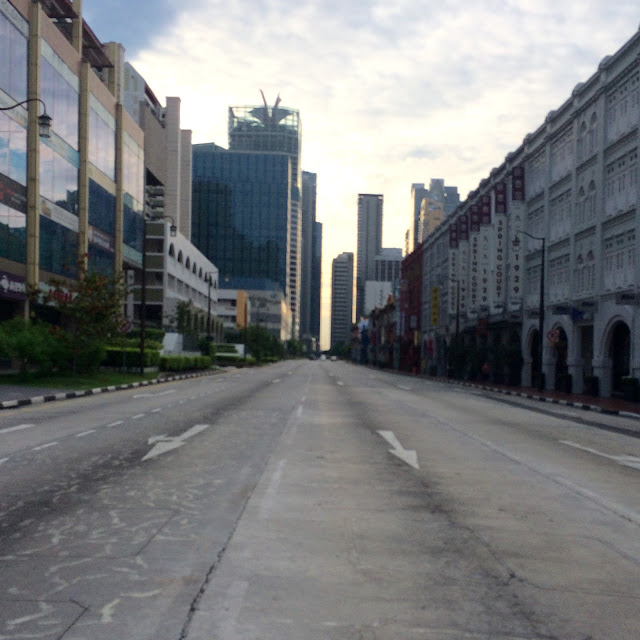 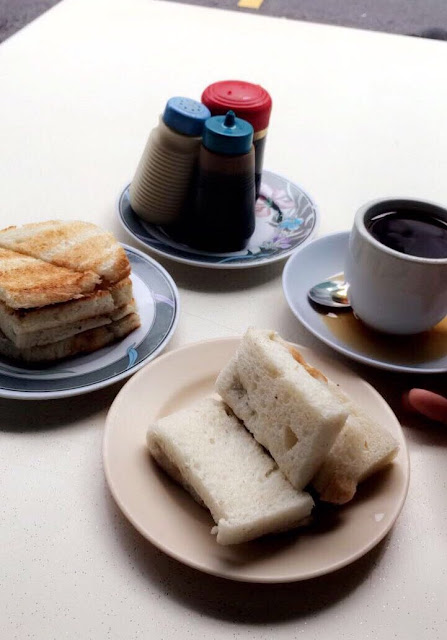 Truth be told, Tong Ah Eating House is just another typical kopitiam. As a person whose perfect breakfast combination is toast + steamed bread + soft boiled egg, I had really high expectation on this kopitiam. But it was just mehh. The bread wasn't soft and it was quite chewy.

Moving on.
I just kept walking and walking. I didn't even know where I was going. But with the gloomy skies, carless streets and the birds chirping, I felt peaceful. So if you ask me where this serene location is, I have absolutely no idea.
I promised to meet the Indonesians at around 10.30 near Gardens By The Bay. I arrived at our rendezvous point sooner than I expected. God bless Singapore's public transportations. If you're wondering why I still have to meet them although I already have the ticket with me; here's why.
I had no place to sleep that night. All hotels within my budget were fully booked because apparently for that weekend alone, Singapore had at least two other concerts going on. So basically, after the concert, I had to loiter around or sleep at some hotel's lobby till my bus departs on Sunday noon. And since I'm all alone, I have to admit, I don't like the idea. But what other choice do I have, right?
That's when God sent me these three Indonesian angels. They offered me to share a hotel room with one of them and take an extra bed that they happened to have. I was enslaved to their kindness. So yes, I shared a room with a stranger. At least that's better than being kicked out of a hotel for sleeping at their lobby.
After they arrived at Garden by The Bay, we walked around the park together.
Then we headed straight to the hotel to check in. Mind you, I had my clothes, toiletries and makeup with me on one shoulder and my laptop on my back (because I still had to work albeit the weekend), my limbs and bones were shaking. We stayed at Promenade - Pearl Hotel. It's a 2-star hotel and for the price, it's quite decent. Except for the view. It was quite weird to be opening the curtain, expecting a magnificent view but all I saw was someone's living room because the hotel is right next to a flat. But all in all, the hotel was decent.
Showered, dressed and I went straight to the stadium earlier than the Indonesians to meet Daus. Because it was pouring outside, we just walked around the stadium at the shaded area and patiently listened to the soundcheck.

Needless to say, it was one of the best nights in my life. Am I fully satisfied now? No I'm not. The seat was so far away from the stage, I could barely see them. Since I'm short-sighted, if they were to switch Chris Martin and put an imposter there, I won't even be able to tell. And that's just Chris Martin; the only one who jumped around throughout the whole concert. For the life of me, I could barely see Guy, Will and Johnny.
Shitty seat aside; it was a magical experience. To be able to be a part of the crowd, wearing the blinking xyloband on my wrist, i truly felt like i was in a movie. I grew up listening to Coldplay. Back in my school days, whenever i produced any video, i tried my best to incorporate a hint of Coldplay in them (which is why most of my videos were taken down from YouTube and Facebook). I looked forward to every single album release. I went to watch their Coldplay Live 2012 premiere at GSC Pavilion with Emma and Shakireen. The sight of Xylobands lighting up in sync during a Coldplay concert is unquestionably one of the best things that i have ever seen in my whole life. It was breathtaking. That sight is what always draws me back to watching videos of their past concerts every now and then. To be able to be a part of that moment shunned me. I was out of words.

If God wills, if i am ever granted an opportunity to go to a Coldplay concert again; oui, si, ja, yes, i would never miss it for the world. And you shouldn't to.
Love. 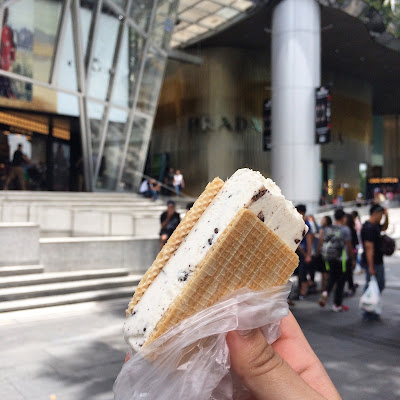 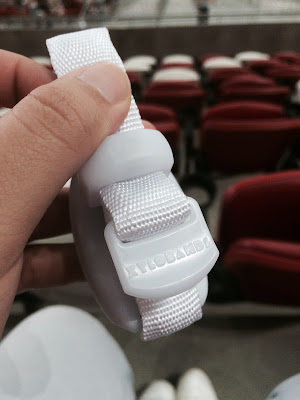 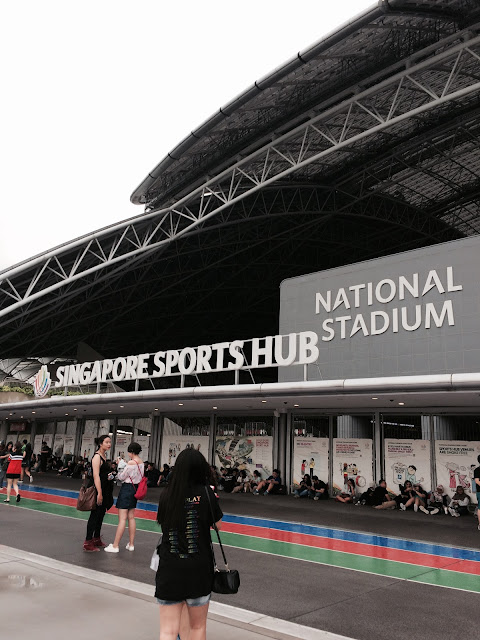 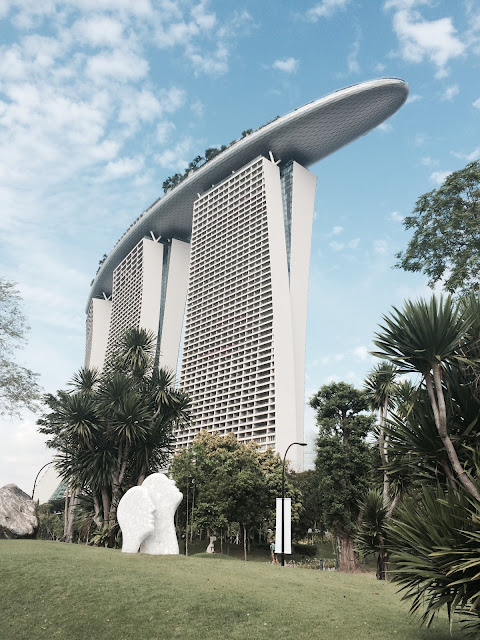 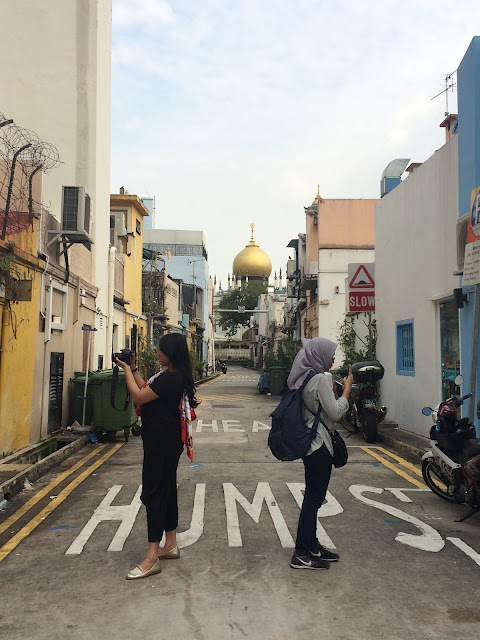 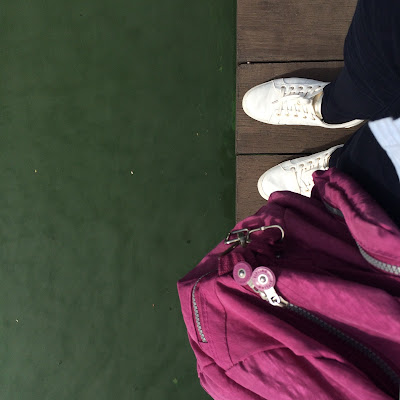 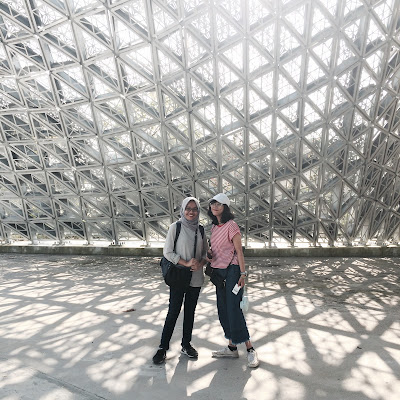 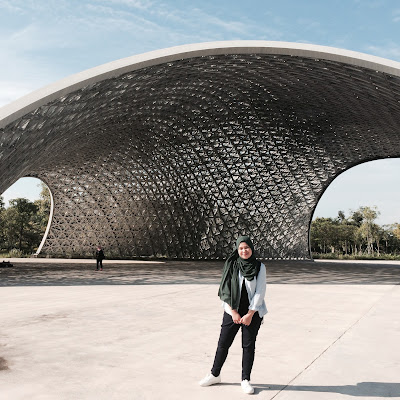 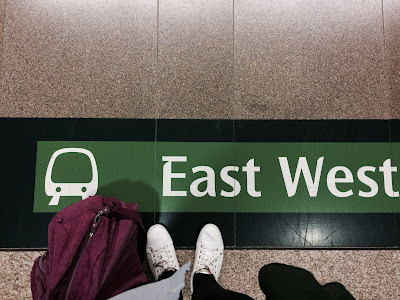