So today, i'm gonna be dedicating this post to one of my true loves, the cuisine that holds the throne of the chicken monarch, the glorious BUTTER CHICKEN.

First of, i am aware that there are a few types of butter chicken. The ones that i've personally tried are the Indian style butter chicken and the buttermilk chicken. I would say that the rise of the glorious butter chicken started a few years ago. I personally had my first succulent butter chicken in 2013 (i think). And boy, i was in love. I'm so glad i had a good first time. 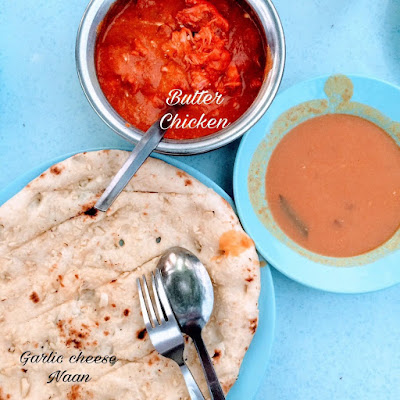 This made me silently say 'Yum!' to myself after every spoonful. It's rich, tender, creamy and flavourful. Visually and taste wise, it's very different than the usual butter chicken that you see at Gold Chili, Bert's or other restaurants. It looks like a thick curry, but i assume it is tomato based because the tomato flavour is quite strong. This picture was taken at Pak Putra Tandoori & Naan Restaurant in Melaka. I ordered this to complement my garlic cheese naan, and good Lord, what a beautiful combination. If you want to try a different dish to complement your naan, i would recommend you to try the lamb. It's good too.

The portioning of the food at Pak Putra is quite big for me. I have never finished a whole bowl of the butter chicken by myself (which is pretty wasteful for someone who doesn't share her food!). So if you wanna give this a try, go with a bunch of friends! If Melaka is too far for you to go, there's one middle-eastern restaurant in Petaling Jaya, House of Pakeeza, that serves a decent butter chicken that you can try too.

Buttermilk is a type of dairy product, used in various types of desserts; cupcakes, biscuits, rolls, etc. Yes, i know. But the butter-milk that i'm referring to is this fine piece. 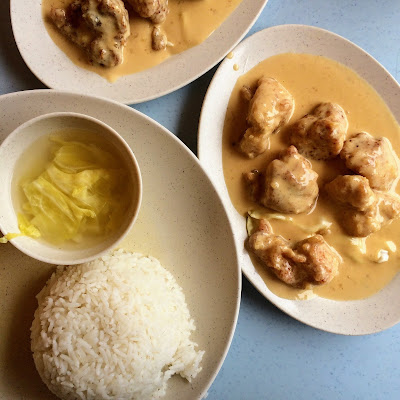 Look at this humble piece of food. And i am ever so grateful that my first time trying this was at Gold Chili. When i first entered the restaurant, i could see that everyone was having this on their table. It was quite mind boggling on how a plate of chicken cutlets with barely any condiments could get people hooked. Come on, wei, look at that plate. Kobis pun ada sehelai-dua je okay!

But they say looks can be deceiving kan? And i was deceived. Gila babeng. I didn't know a plate  of boneless chicken cutlets soaked in white gravy could be that good. You deceitful piece of magic. The chicken itself is not that tender, i must say, but the gravy is, uh, mouthgasmic. 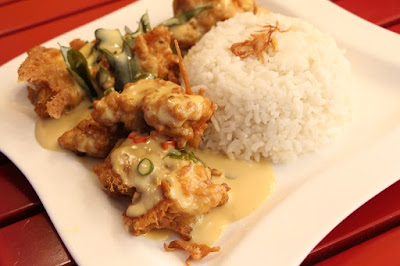 I have had Bert's butter chicken numerous times but oddly enough, i don't have any photos of the dish. This picture is taken from Google (Shoutout to myselera.com).

It looks like an elevated version of Gold Chili's kan? The cutlets are way more tender than Gold Chili's. The gravy is too spicy for my liking (I hardly take any spicy food that's why), but i kinda wish that they would give more of the gravy because it doesn't suffice the amount of rice. So ask for extra!

Mastering the Art of Butter-milk Chicken

If you are on the butter chicken craze and you just want to try to make the parfait butter chicken, my advice: try and not to. The amount of condensed milk that they put in there will scare you. Unless if you're not that concern about your diet; then by all means, be my guest. It's quite easy to make once you get the hang of it.
Labels: eats travels