Yes, it's undeniable that i recklessly blogged about how emo i was. I don't do that often so *whispers* let's just keep it between us! Shoosh *whispers*


*voice of a host of a wrestling match*
Ladies and gentlemen! I present you, Top 20 Must-Watch Movies!!

*back to my voice*
Ehem. I'm quite known as a movie freak. I watch lots and lots of movies indeed. I do admire some actors for their acting. (Na'a, I don't give a damn about their faces. Oh yeah.) So it's not shocking for you to see lots of Will Smith and Tom Hanks' faces in these movies.

*back to the voice of a host of a wrestling match*
Without any particular order.... 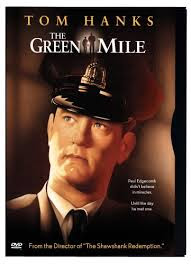 "John Coffey. Yes sir boss. Like the drink, only not spelt the same."
This movie was originally written by Stephen King. There were four books at first, then compiled to make a movie. It's about a guy who was accused of raping and killing two little girls by the locals. He has a power or reading someone's mind and heal illnesses. However, none of them except for Paul Edgecomb(Tom Hanks) and some other officers who would believe him. He was sentenced to death in an electric chair. It would have probably crossed your mind that this is a 3-hour type of movie. I swear to God, i cried every single time i watch this movie.
The Pursuit of Happyness 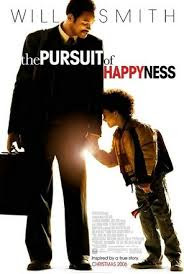 it's not a typo. It is spelt that way according to Abe Lincoln. Happyness.
You should know it yourself that Will Smith is an impeccable actor. Just throw any role at him to play, he will rock that role. In this movie, he's just a business man. Wait, scratch that. He's just a really poor and unfortunate business man. Now that's precise. Has a really obedient and adorable kid. But there's one point when they're shelterless. One night when his kid got too sleepy, they had to sleep on the floor of a public toilet, covered the floor with some paper towels, doors locked. Someone tried to barge in and break the door, he held the door with his foot and covered his kid's ears with his hands so that he can sleep peacefully. Wow. Remarkable. That's all i can say.
Oh yes, you got that right. That kid is Jaden Smith. Cute huh? :)
Oh shark. Need to go now stat.
I'll post up part #2 later! See ya!
.AQUA.REFLECTS.
Labels: Movies