I know this sounds so cliché, but i'm in my own world. In this world, i don't care about what people think of me. I really don't.

Okay, let's get back to our headline! "Last Sunday Night!"

Oh yeah, last sunday was awesome. Really awesome. Papa planned to take us out (ze girls je since my brotha is in Ganu, working). Sepatutnya gerak pukul 11 macam tu, tapi biasa la, lambat punya. So we departed at about 2, if i'm not mistaken. Papa was the one who came up with the idea of shopping now since he saw Dorothy Perkins having 50% off. When one of us say Dorothy Perkins, i'll think of Mid Valley since their Dorothy Perkins is next to Ms. Read and we shop at both places.

But suddenly Papa headed to Subang instead of Klang Valley. We went to Empire. Call me lame, but that's the first time i stepped my foot in that building. Yes, i hereby declare that. Anyway, as we stepped in, we were walking and walking, attracted to a shop, we barged in, and that happened for the following one and a half hours. 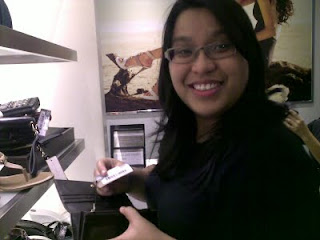 You can see the joy on my sister's face as my dad allowed us to enter Charles & Keith after she "pushed her luck" in her words.
Lepas tawaf satu bangunan, satu baju untuk kitorang pun tak beli. Instead, we bought some clothes for the baby that we're about to visit. We planned to visit my aunt in Alam Impian who just delivered to a baby boy. Kitorang belikan la baju untuk dia :)
Later onwards, we left and went back to Subang. We had our dinner at Rakuzen Japanese Restaurant :D
Let me tell you something. After you taste their food, you'd go "What's Sushi King?" 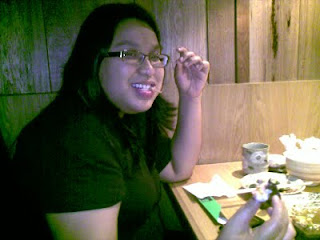 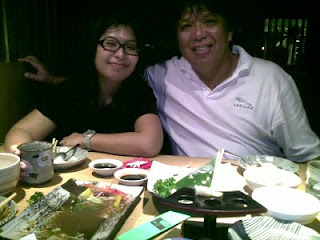 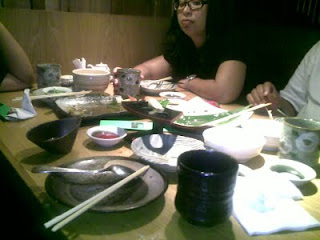 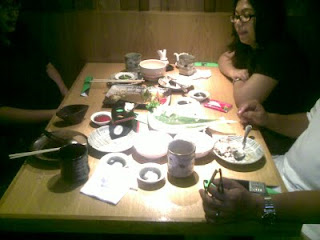 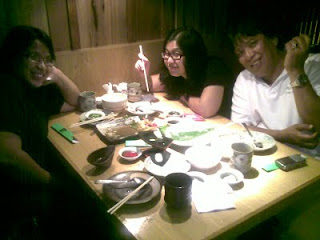 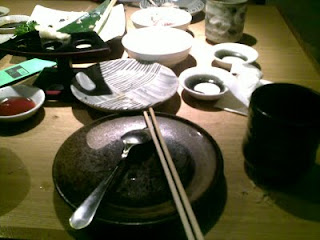 As usual, my plate will always be clean and look like it wasn't touched walaupun dah mentekedarah atasnya. 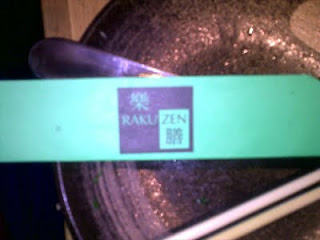 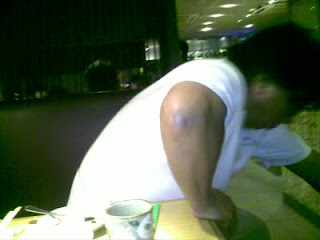 Perut kenyang, hati pun senang, mari pulang :D
Oh yes, i'd also recommend you to try Restoran Salero Negori's dishes to those who looovee Nasi Padang. The food is really authentic and muah! Make sure you have avocado to go with your nasik. Also, try their tunjang and ayam bumbu. Perghh, terbaikk (y). They have a few branches, one is behind Rakuzen in Subang; Amcorp Mall; Persiaran Gurney; Kelana Jaya. Ada lagi kot, tapi dah lupa la. One more thing, *whispers*They serve Teh Sosro!*whispers*
Oh well, that's all from me now. Till then! ;)
.AQUA.REFLECTS.
Labels: a day in the life