Before leaving my 'school'-hood, I would wanna take a tour back to my primary school world. So this is gonna be a pretty uber long post.

I started my primary school at a school. I'm not gonna say the school's name as i'm about to mention something bad about it.

Standard One
I was a really shy person when i was a kid. Couldn't even start a conversation with someone. Often found with a book in my hand. PFFT, SNAP! Standard one was pretty much blurry. I can't quiet recall what happened. It's a private school, that's all i can say. Jenis yang bayar yuran bulan-bulan tu. Started at about 8 but ends at about 5.

The meals, paid together with the monthly fees. So whatever they prepare, i have to suck those in. Imagine recessing with around 200 other people at the same time, and lining up in a line. Lepas tu, mana2 yang pakai geng2 tu pulak selamba badak je kasi kawan dia potong line. So usually, i'll end up at the end of the line. And those who know me, they'll know that i don't eat meat, beef, lamb, or the likes. I just don't eat it. Till now. The canteen often provided beef cooked with some ginger sauce. That's why i was pretty skinny back then. Memang tak makan langsung.

When my lovely mom found out, my mom would go back home during her lunch break, cook for me, and have lunch with me at school for me. Best kan? Haha. And that goes on till i was standard three.

Standard Two
There was nothing that i could remember during standard two, except the part when my mom bought a locker for me and put it at the back of my class. My classes were from 8 till 5. And the textbooks weren't thin! Tebal tau! So every single day, i had to bring the books to school and bring it back home. Again and again. Again and again. Till my parents noticed, my mom bought a DIY locker from Makro and put up those pieces together at the back of my class. Hehe. I was the only who had a locker. I can still remember a boy who got jealous of me. His mom was a teacher in that school too, so he bought the exact same locker and put it next to mine. Then we would compete who has the most keychains for our locker key. I use to have 7 keychains for the key! Well, i felt kinda stupid, i always had trouble finding the key. It felt like Anna Farris in the Hot Chick, finding for her pepper spray at the stadium.

Standard Three
I got nominated to be a prefect. Thehehe. It was really shocking. I've been a really strict person since i was a kid, yet, i was really shy. I was called to see the principal in the boardroom, without knowing why. Tiba2 dia kata nominated jadi pengawas. OMG, i was so flattered. Hehe. The probation was really rough. I had to take care of the blocks during recess (as usual -____-' ).The students weren't allowed to be in the school blocks during recess. And let me tell you something. *whispers* The recess was approximately around 2 effing hours*whispers* Yup. That's right. Lama kan? Usually schools will assign prefects to take care of stairs, but this time, 2 prefects for the whole building. These 2 prefects include the staircase prefects and the block rounding prefects.

There was once when i caught two boys, running on the first floor. As i reached the first floor, i saw one of them running to the left. The other boy was no where to be seen. As i ran to the left, playing catch and mouse with that standard two kid, the friend dashed from behind and hit me.

One fine day, my dad came to my school, to see the surrounding and ambience of the school. He didn't like it at all. The school's surau at the opposite of the canteen. The surau is kinda on a lower ground than the canteen. A group of boys were at the edge of the higher ground, and another group were at the lower group. They were throwing stones at each other. As a parent, how would you feel seeing your kid's schoolmates like that?

I forgot in which year was this. A friend of mine borrowed 80 sen from me. I was really broke that i had to claim the money from her. Suddenly she said "Aku yang pinjam duit kau, kau la yang kena bayar aku balik!" So i made this -____-' face. Then i insisted that she's the one who's supposed to pay me. Since i was a very shy girl, she's the only friend that i have. Couldn't be bothered, i sat back at my place. Few minutes after that, she brought her 'entourage' and attacked me. The 'queen bee'-which is not her- said something like this.

I really couldn't be bothered that time. So i just finished the book i was reading. The next few days, my 'friend' stood next to me and passed 80 sen, wrapped in a piece of paper. Hahaha. 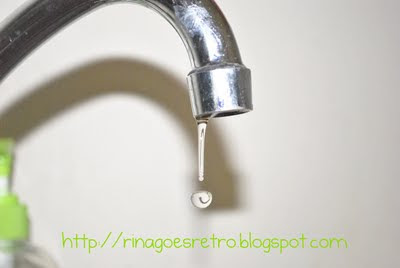