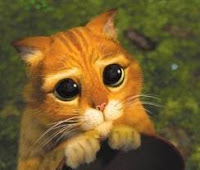 
As you can see, i had to scratch some of my plans. There's no way i can make it to all of those.
Mari kita mulakan dengan event yang pertama iaitu lawatan sambil belajar dengan sekolah.
We departed around 8.20, two buses altogether. I have to admit, that was my first time going to Taylor's University, Lakeside Campus, unlike Hana, Zooe, Farah and the others. Nina was supposed to tag along but she chose to go to Himpunan Sejuta Belia Negara. *cough*ada hasrat terpendam*cough*
Tatkala bas kami mula melepaskan brek dan klac perlahan-lahan, hatiku berdegup kencang. Iyalah. Orang kata tempat tu best, cool, a dream come true la if you can study there. But there has to be imperfections in all perfections.(What on earth am i saying?) The spoiler is the driver that drove us to Taylor's.
Scheduled to arrive : 9-ish.
Arrived : Almost 11 if i'm not mistaken.

Thanks to Encik Drebar, sesat. If once and only once, takpe jugak. Twice, nothing but twice. Encik Drebar, GPS and Google Maps were created for reasons.

Snap! Okay. We were dropped at the side of the building. Should have dropped us at the entrance, then we can feel the real ambience and acceptance! 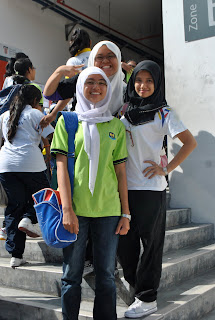 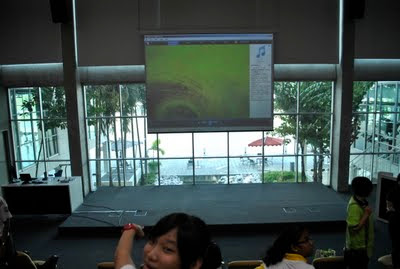 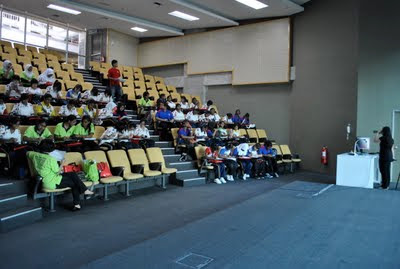 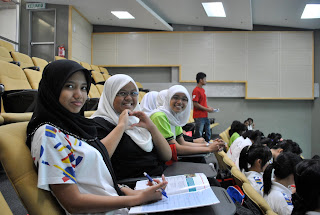 So, we had a talk and exposé on living life as a Taylor's student. They have one of the coolest library i've ever seen! Then, they gave us a book, some sort of a psychology test to pick our career path. I was like, 'Yeee Doggie!' because i've always had problem whether to go with political science or software engineering, under programming. Before i started the test, prayed that i will get ONE of those. Because i really love both and i can't choose one on top of another!
Blablablabla, taking the test, referring to the answer....
BAAAAMMM!!!
BOTH. Yay me.

Big thanks to the psychology test, I still got both -.-'
Well, at least i do know that i picked according to my interests!
EATING TIME!
Well, the food court didn't turn out as superb as expected tho. And of all the food there, Sushi, chicken rice, bento, and some others, i picked.... *drum roll* 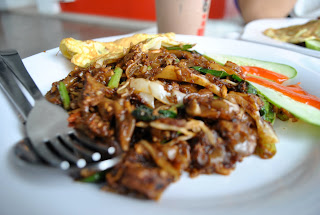 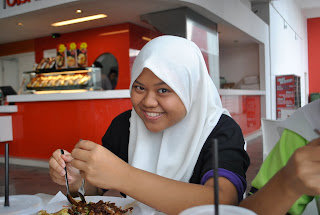 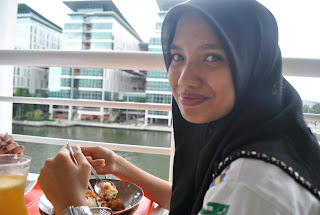 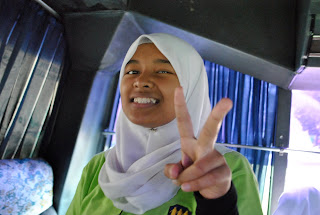 Oh ya. While we were on our way back, it was roughly around 2.30 when we passed by Sunway Pyramid. Begged teacher to drop by, but we were objected all the way. I was the saddest. Wanna know why? *whispers*Caprice is performing right when we passed by the building*whispers*
Psst! I did something crazy in the bus!
I'm a busy person *bluek* That's why i had to do it. I can't state what i did here as i don't know whether it's appropriate or not. So come to me, face to face, and i'll tell ya *keluar tanduk setan*
Benda yang paling irresistible dekat sana are the shops and restaurants. If i were a student there, the money that i would spend on the shops and restaurants would be more than the fees for a term.
Some of the restaurants and cafés i found : Subway, Old Town Kopitiam, Baskin Robbins, Snogurt, Korean Restaurant, Thyme & Tarragon, Truffles, Tangerine, Famous Amos.
The shop that caught my attention : e-Xperience centre.
Mak oi. Dah la aku ni ganas. Mesti la selalu nak service computer. Heaaaveeeennn...
Servicing computer is not cheap, my friend. That's why i said i would spend a lot. Don't forget the food and beverages ;)
.AQUA.REFLECTS.