You know why? Because i've been in both situations and when i was hurt deeply, i crushed. I didn't know if i could take it or not. If she's not there, i can guarantee that i would have dropped and cried my heart out. Well, not literally because i find it hard to cry. There's something in me that would hold me back from crying. I guess, i'm used to the term:


'You have no place in the world to tell people what you feel'.

I guess i'm too used to that term. Who am i in this god damn world to tell people what i feel. I hold things back. I have no right to speak out my mind. I am just another bug/parasite, ruining other people's lives. Am i right? Yes, i am.

Do you know how it feels like to be criticised and looked down by someone whom you respect?

If you have been in that situation, i got your back, dear. Just give me a call. 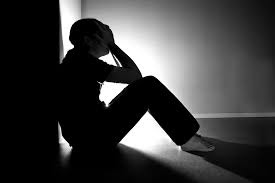 Before i humiliate you even more,
I better bid farewell
You know what's inside?
Crushed. Despair. Sadness. Sorrow.


Sorry for letting you down

Labels: a piece of my mind