so let's talk about today..
hmm..
around 10am, me and my brother went to my dad's office
had to do some accounting stuff
profit and loss
but the excitement was spoilt by my flu.
sigh
was sneezing the entire time!
then at about 1 something
we got off that kampung and got back to seremban
we were rushing to fetch my bro's girlfriend at the train station
cuz tonight, she's gonna sleep at our house
both of them are gonna watch The West Side Story at Istana Budaya
so, they're going together
at about 2pm
my aunt's family and my grandma came to our house
chatting, she asked me to burn her son's birthday party's pictures into a CD
but couldn't give her the CD today because
i had to do some editing
so gonna give her on Thursday morning (big day!) 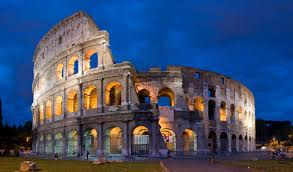 during the conversation
my dad brought up an issue saying that
he has to get back to Malaysia a few days earlier.
he has to attend a really important wedding
but there's 70% hope green light that we're going to Rome!!
oh, yeah!
but somehow, maybe we're going to go back to London
after that WITHOUT my dad
he decided to take a direct flight from Rome to KL
and we were like, "Fine!"
later during dusk, my dad gave us money to have a night out
dinner, bowling, and movie
my favourite quote of his is
"by 8.30, GET LOST!"
we were giggling like hell!
LOL!
then at 8.30 as been told,
we got our asses at Parkson and had dinner at Pizza Hut
at about 10,
we went bowling and surprisingly, i managed to beat my sisters
by scoring two strikes and at least three spares
in the end, i got 110
haha, yeah doggie!
then, we 'teleported' to Terminal 2
watched A Nightmare On Elm Street
(i know i'm 15, so what? ;))
it was the bomb!
to those who have watched, don't you just love the ending?
hmmmm :)
i guess that's it for now, because i just gor back
haha
-for now-